2002: The Boston Globe uncovers sex abuse in the Catholic Church 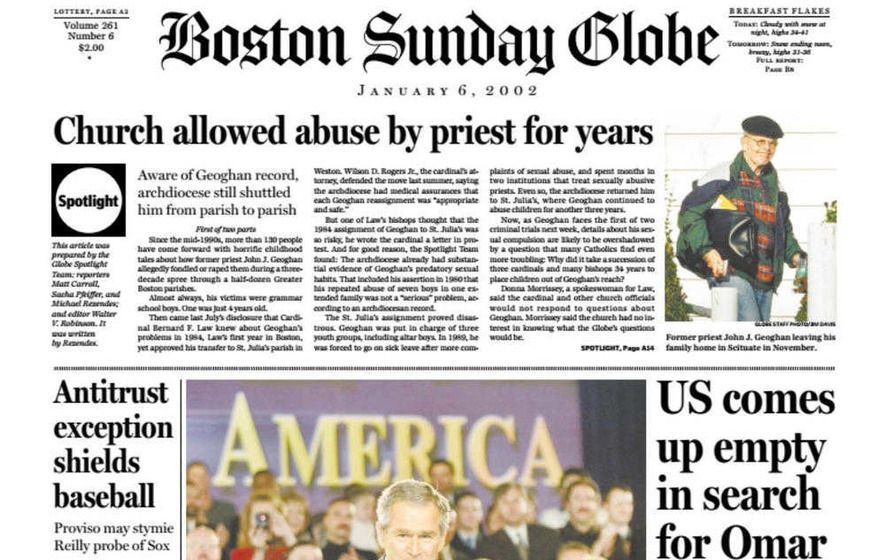 While sexual violence within the Catholic Church has been alleged since before Martin Luther’s 95 theses, it did not become a mainstream issue until the 1990’s. Survivor disclosures created a domino effect, leading to an overwhelming number of allegations against church officials of nearly every rank, from local priests to Cardinals. These allegations reached a tipping point in 2002 with the Boston Globe’s Pulitzer Prize-winning coverage of the widespread nature of this sexual abuse epidemic within the church. The initial article brought immense attention to the issue, which was shortly followed by an outpouring of allegations, criminal cases, and lawsuits.

In the immediate aftermath of this coverage, many priests and other clergymen were forced out of the church and occasionally their communities. Openly addressing sexual abuse within the church slowly became less taboo, allowing some survivors to seek the healing that silence had so long suffocated. The US church instituted mandatory background checks for all employees who interact with children. Perhaps most significantly, Pope Francis finally changed Canon Law in 2019 to prevent future cover-ups. In his Communis Vita letter, the Pope paved a way for abusive church employees to be expelled from the church once and for all.